With this Apple Cheddar Beer Bread, the tang of the sourdough and the tang of the beer played off each other magnificently here, plus the juicy sweet tartness of the apple bits, with a bit of body from the cheddar. This bread is pretty much awesome.

This bread was an experiment from the start. It all started because I wanted to figure out a way to bake bread on the grill, without needing to excessively heat up my house every time I wanted fresh bread. Then I saw that this month was  Bread Baking Day #51 – Bread with Beer for the 5th Anniversary!

This month has been kind of busy, what with birthdays and visits and everything going on, I was going to pass this challenge by. But then someone left a stray can of Coors Light ended up in my fridge and I decided that maybe I should participate after all. I don’t drink Coors Light. I do drink an occasional beer, but I have been a sophisticated beer snob from the start, haha, and I knew I was not going to be drinking this.

I also had a plethora of apple slices left over from Ladybug’s birthday party (remind me to show you those pictures, ok?) and needed a way to use them up. Since I was throwing apples and beer into the bread, the logical choice was to throw some cheddar cheese in there, too.
Table of Contents hide
1) How to bake bread on the grill
2) Apple Cheddar Beer Bread, Grilled

How to bake bread on the grill

My Dad helped me to bake this loaf, since I haven’t done much with using my dutch ovens and charcoal together. We decided to put the charcoal and dutch oven (affiliate link) inside the grill since there was a toddler and two puppies running around outside with us. Once the charcoal was no longer on fire, we placed the empty dutch oven (affiliate link) in the grill, put the lid on, placed some briquettes on top and allowed the dutch oven (affiliate link) to heat up some, too. When everything was nice and hot we quickly placed the bread (on parchment paper) inside the dutch oven (affiliate link), put the lid back, and did some rearranging of charcoal. About 20 minutes later we could really smell it (it smelled amaaaaaazing), and checked it a few times before deciding it was probably done. It probably could have used another minute or two but the bread was perfectly done, it was only a cosmetic darkening of the crust that it lacked.
Whatever it might have lacked cosmetically, however, was totally made up for in the first bite of this bread. This bread didn’t stand a chance. It was barely allowed to cool (45 minutes is close enough to an hour, right?) and did not, I repeat, DID NOT last through the night. If it is possible for bread to be light and refreshing, this bread was. The tang of the sourdough and the tang of the beer played off each other magnificently here, plus the juicy sweet tartness of the apple bits, with a bit of body from the cheddar. This bread was pretty much awesome. We looooved it, and I will probably have to go buy some beer specifically to use to bake this bread again! I hope you make it and let me know what you think of it!
If you are looking for other apple bread recipes, definitely check out Apple and Honey Challah.

This bread was submitted to Yeastspotting, a weekly showcase of all things yeasted!

Food tastes better when its shared! If you try this recipe, let me know! Leave a comment and rate below!

For the final dough:

Mine came out dense and flat, but I am determined to try again next weekend with a few tweaks! Very tasty!!

What a lovely loaf of bread with a great combination of flavors. It sounds very creative and very yummy.

Wow, looks awesome. I can see why it did not "survive" the night! Thank you for joining BBD.

This looks really incredible!! I love that you put apples in the bread along with the beer!

Whatever it might have lacked cosmetically ... are you kidding!This is a gorgeous loaf!Cheese just does make it better. Beautiful crumb. 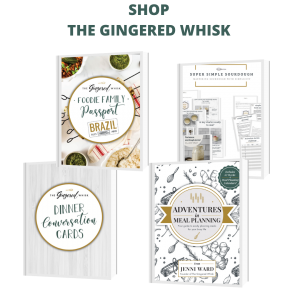 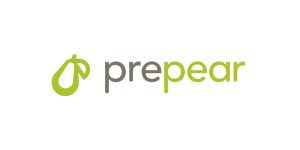