Home » Resources » How To Spice Food For Kids 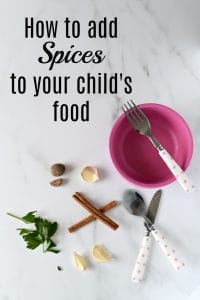 Learn how to spice food for kids in an easy way! Giving them a variety of flavors at an early age is a great way to expand their palate and help them learn to be adventurous eaters. Basic pantry staple spices are a great place to start adding flavor to your kid’s meals. 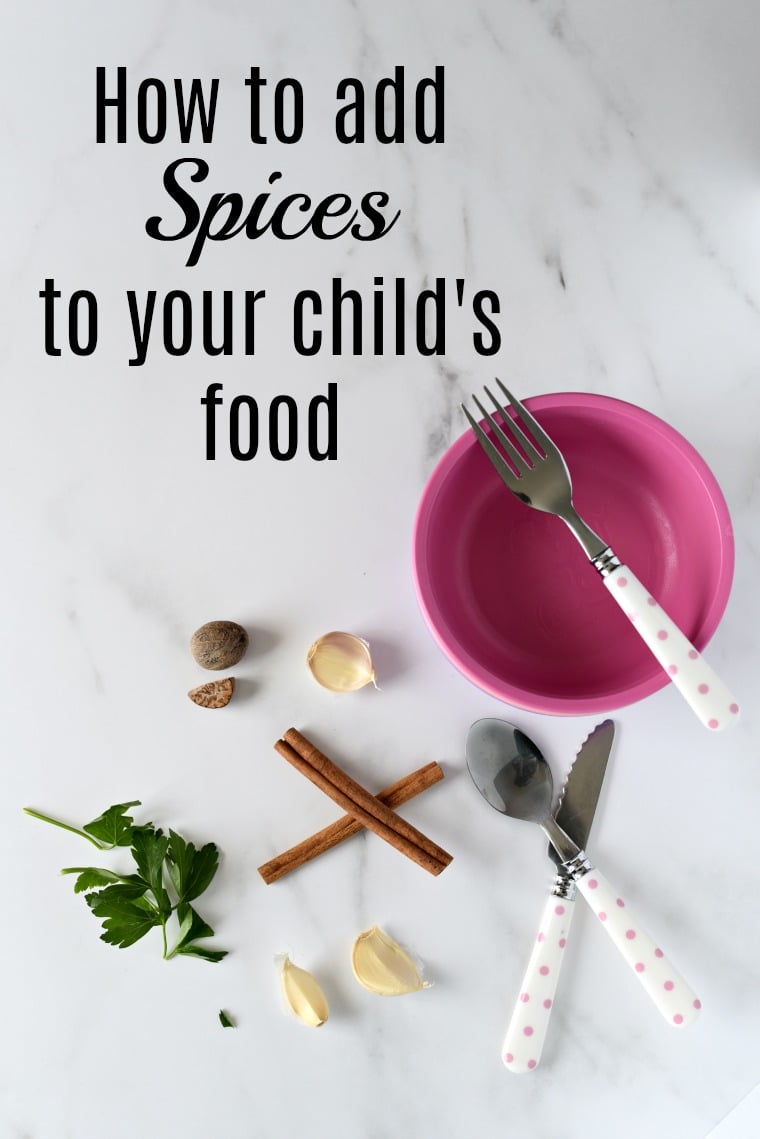 Do your kids suffer from “Bland and Beige” syndrome – only wanting to dine on foods that are bland, overly processed and beige in color?

Yup! I totally get it! We have had days where my kids only want to graze on cheesy crackers, cheese sticks, and other overly processed things with little to no flavor.  Kids can be whiny. They can be stubborn. And they can be downright frightful at times. Sometimes its just plain easier to give in and give them a snack, to let them out of eating their veggies, to cook them something else so they won’t be hungry. Unfortunately, this quickly snowballs. One time you give in because its been a rough day and before you know it, you have a picky eating monster on your hands that you created. BEEN THERE! I am pretty sure it happens to everyone at sometime or another!

Why Should You Introduce Spices To Your Children:

An important part of teaching your kids to become adventurous eaters and staving off that pesky picky eating is to add spices to your children’s food. Why? Well, food with flavor tastes better! I know that seems so super simple and obvious, but sometimes we forget that fact and start serving our kids more bland food.  Picking eating generally starts at around 9 months of age – coincidentally this also happens to be the time when we start the introduction of processed foods, and it definitely gets worse around the age of 2-3. Part of this is due to a child’s increased independence – I mean, they only get so many things they can control in their little lives, and what actually goes into their mouths is just about all they can pick. And pick they do!

In order to raise children who are adventurous eaters from the start, you need to expand their palate as young and as often as you can. Do this by offering as much variation as possible and by properly flavoring their foods. 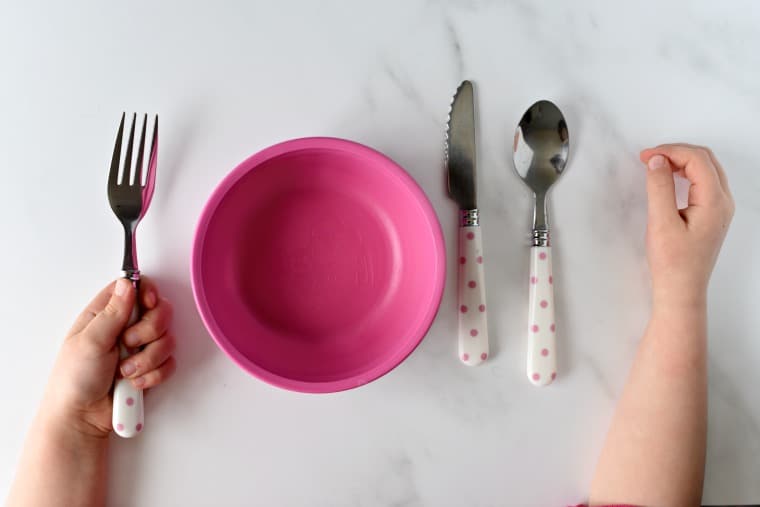 When Can You Add Spices To Children’s Foods

There is really no reason why you should wait to add spices to your children’s foods! Yes, that means you can add it to your baby’s food as well! The only thing to remember is that you still need to do the 4 day wait rule when introducing new foods.

How To Spice Food For Kids

Taste is a skill that is acquired and needs to be taught. Around the world, children are taught what their families eat – kids in Asian cultures are taught to eat sushi, kids in Indian cultures are taught to eat curries, etc. The best way to teach your children to eat a wide variety of food is to serve a wide variety of food and to model eating it. Learn more about how to raise adventurous eaters here.

The easiest way to expand a child’s palate is to add as much variation as possible to their diet and to get them involved. Do this by: 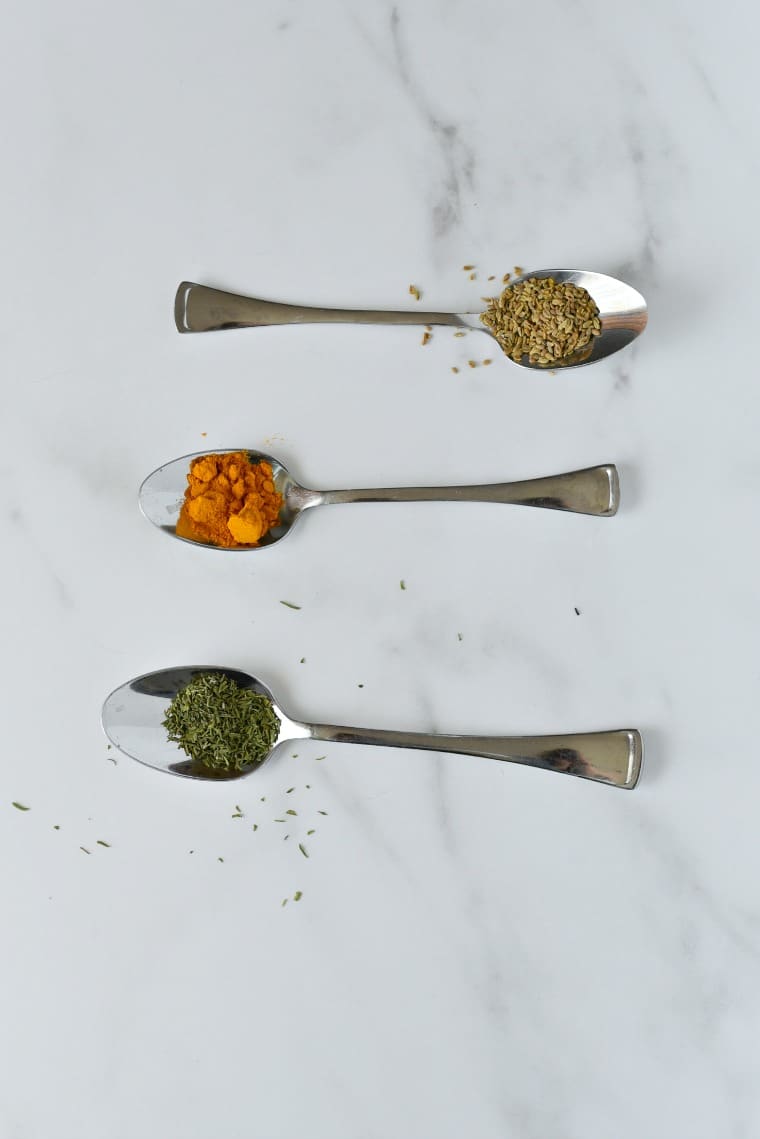 Simple Pantry Spices to Add To Your Kid’s Meals –

Below is a list of basic pantry staples you probably already have on hand. And if you don’t, add them! These are staple spices that are used in a  lot of different cuisines. Adding these into your everyday meals are easy and quick wins. Under each spice there is also listed other ingredients that they will ALWAYS pair well with – that way you don’t need to use a recipe if you don’t want to – just sprinkle a little on or use what I have given you to create your own recipe. Other spices that combine well with each one, and what types of cuisines it is used often in are also given.

Basil is a tender herb that totally screams summer! It has a strong, pungent, and often sweet smell. There are many different varieties, including sweet basil (the most common), Thai basil, Lemon basil, and more. It is most commonly used fresh, although it can be used dried as well. Because it is so tender, add it right before serving to add some freshness to the dish because cooking will destroy the flavor. Try it with this Corn Salad with Basil and Queso Fresco.

Cardamom is a spice that comes from the seed of a plant! It is the third most expensive spice in the world, surpassed only in weight by vanilla and saffron. There are two different types – green (or true cardamom) comes from India. Black cardamom is also known as brown or greater cardamom, is native to the Eastern Himalayas area. Cardamom has a strong, unique taste. It is very aromatic with a sweet an pungent flavor that is similar to mint or citrus. It is best to buy these whole in the pod, because the exposed or ground seeds quickly loose their flavor. Add early when cooking. Try these Orange Glazed Pork Chops with Cardamom and Honey.

Ah, cinnamon! Cinnamon evokes the memories of fall and winter, but its great all year long! Did you know that is comes from the bark of a tree? It is a great aromatic and can be used in both sweet and savory dishes. True cinnamon comes from a tree called Cinnamomum verum, but most cinnamon sold in the world is actually from a related species known as “cassia”. In ancient times, cinnamon was so highly prized that it was considered a gift for monarchs!  Try these Roasted Cinnamon Beets.

Cloves are sweet and pungent and usually added to fall or winter baking spice mixes. They are an aromatic flower bud from an evergreen tree! Add early in cooking

Cumin has a bitter, sweet taste. It is made from the seed of a flowering plant. Cumin can be used in ground form or in the whole seed. Add it early in the cooking process. If you use whole cumin seeds, try toasting them in a dry skillet for a few minutes to intensify their flavor! Try these Cumin Roasted Carrots with Chickpeas

Dill is reminiscent of changing seasons, and peaks in spring and fall. It has a slightly sour/sweet flavor. Don’t even attempt to use dried dill, it is just not the same. It should be fresh or nothing here! Try these Easy Swedish Cucumbers with Dill.

Fennel seeds are sweet! They are an aromatic, anise-flavored spice. You want to make are your fennel seeds are green – if they have turned dull grey they have lost most of their flavor. Fennel is in the carrot family, and you can use the bulb, the fronds, and the seeds in cooking. Add near the end of cooking. Try these crispy fennel seed crackers.

Garlic! Everyone knows garlic, right?  It has been used for thousands of years both as a spice and as a traditional medicine. It has a pungent flavor and is great for seasoning or using as condiments. Garlic is super fun because how you prepare it totally changes the flavor – crushed garlic will have a really pungent flavor, minced yields a milder flavor, and roasted turns them into a caramelized amazingly flavorful spread.  Try this Garlic Roasted Zucchini.

Ginger is a root of a flowering plant. It was one of the first spices exported from the orient (how cool is that?!). It is a hot and fragrant kitchen spice. Young ginger roots are juicy, fleshy, and milder, while older toys are drier and more fibrous. You can substitute dry powdered ginger for fresh (6 parts dry for 1 part fresh), although the flavors will vary a bit. It can also be candied (or cooked in sugar) and is a great snack.  Try these Ginger Pork Meatballs.

Nutmeg invokes feelings of fall and winter. It has a pungent fragrance and a warm slightly sweet taste. It is a seed of an evergreen tree that is cultivated for nutmeg and mace!  Nutmeg is made from the actual seed and mace is made from the reddish brown seed covering (or aril). Try this Nutmeg Cake!

Paprika is made from the dried red fruit of a sweet tomato pepper plant. We often associate paprika with Hungarian cuisines, but it actually originates from the Americas, and was then exported to Europe! It can range from sweet, hot, or smoked, depending on how it is prepared (hotter paprika tends to be made with some seeds, stalks, and other parts of the plant). Add it at the beginning of the cooking process. Try this Lemon Paprika Roasted Cauliflower.

Oregano is perfect in late fall and late spring. It is related to the mint family, and is sometimes called wild marjoram. Its flavor is more pronounced when dried instead of fresh! It has an aromatic, warm, and slightly bitter taste. Try these Grilled Sugar Snap Peas with Lemon Oregano Butter

Rosemary is a woody, fragrant, evergreen herb. It has been used as an ornamental plant, as a spice, and as a medicinal plant for a long time. Add it early in the cooking process. Try these Skewers of Rosemary Chicken and Zucchini.

Sage is a perennial, evergreen subshrub and has been used since ancient times for many religious, medicinal, and flavoring purposes. It has a savory and slightly peppery flavor. It is great for late spring and early summer. Always use during the cooking process, it is too powerful and overwhelming raw. Try these Roasted Potatoes with Sage and Garlic.

Tarragon is late spring and summer aromatic herb with a sweet taste. Add at the end of cooking. Try these Orange and Tarragon Green Beans.

Thyme is early summer herb with a long history of medicinal and culinary uses. Ancient Egyptians used to use it in embalming and ancient Greeks would burn it as incense in their temples. Fresh thyme is often sold in sprigs, which is a single stem snipped from the plant. Thyme is one of the only herbs that retains its flavor really well when dried. Add at the beginning of cooking. Try these Roasted Parsnips with Thyme.

That’s it! You now know how to spice food for kids! Go forth and cook tasty meals!

Looking for other easy ways to add flavor to your meals? Check these ideas out:

Around The World in 80 Meals

Jenni lives in Des Moines, Iowa with her amazing husband, two girls, two dogs who think they are children, and a feisty cat. She is the creator of The Gingered Whisk, a recipe blog dedicated to finding easy, healthy-ish, and tasty weeknight meals that kids and adults alike will love. She is super passionate about helping every member of a family learn to love great food. When not cooking, eating, or thinking about food, she is often hiking around area parks, creating intricate legos castles with her girls, watching nerdy tv with her husband, or curled up in a corner somewhere reading a good book.

My name is Jenni, and I’m an Iowa mama of three. I am passionate about raising kids who are adventurous eaters through quick and healthy weeknight meals inspired by global cuisine! Forget bland “kid food” in cutesy shapes, this is the food you crave!